Kat recommends and doodles about life under some extensive dose of camomile tea and selection of colourful tablets (against flu of course):

Alright, well, I am ill. It is just the ordinary cough, sore throat and the usual headache and other ache. So I am going to live, just feel fairly uncapable of doing anything of any kind. I spent the day in bed, getting up only to eat and make tea and watched the great selection of Made in Chelsea, The Big Bang Theory, latest Deal or No Deal (gosh that woman must be feeling dreadful after having dream finish and dealing at 19k) and episode of Grand Design. I barely watch catch up tv, because I somehow do not seem to have time for it, so it was quite nice. However one day I feel the same as when I used to feel when a child, I am totally bored and have enough of this.

So today I am going to post few random things, which have crossed my mind in the last few days, so excuse the quality of non creative, partly not so very serious (since when I write about serious stuff) post.

1. Why creative people sometimes make no sense. What a wonderful blog post explaining Mihaly’s explanation to  this. He pretty much answered all my questions I ever had. I think I will add that book on my sort of wish list or list to read, because it sounds fascinating. And I can finally explain to people that my behaviour is normal… well normal within the making no sense chart of behaviour.

2. Which takes us to the second less serious thing to talk about and that is which character from book are you? Alright I know what are you thinking. It is one of those stupid  test you see on Facebook, but I could not help it. And after what you read on making no sense, you will understand that my result turned out to be a Tiger from Winnie The Pooh is just so true: 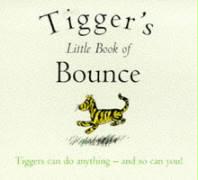 You are Tigger. You are fun and rambunctious. You love to make your friends laugh and to have a good time. People like to be around you because you accept others without judgement and you are cheerful and outgoing. As Tigger says himself “Bouncing is what Tiggers do best.”

The books by A.A. Milne featuring Winnie-the-Pooh and his friends have been cherished for children for centuries. The first book was published in 1926. The world of Pooh is a world of enchantment. It is a world forever fixed in the minds and hearts of countless children — a world where Winnie-the-Pooh and his friends Piglet, Eeyore, Tigger, Kanga and the others share unforgettable adventures with Christopher Robin

If you fancy finding out for your self, here it is:

3. Jean Claude van Damme. Well I do not like action movies or never been a fan of those muscle kind of men like Lee, Schwarzenegger, Hulk etc., but I did watch few years ago documentary about Jean Claude van Dame and his rather human side to him you would not get to see in action films. And it was rather sweet. I was not exactly amazed by his recent project with that cold beer advert, but this week I stumbled over the new truck advert, where is presenting himself exactly how we know him. 2 trucks drive backwards and one of them moves away whilst he stand on their side mirrors and performs a split. I had to watch three times to actually see what he does and the video “behind the scenes”, where you can see his surprised reaction ‘What did I get myself into?’ when is told what to do. Brilliant, well done Jean!

4. My friend’s brother is a founder of a company LEDeco solution,s.r.o., which is installing and is completely all about LED lights. They are based in Banska Bystrica in Slovakia and their latest project is lighting theatrical show.  There is a selection of sculptures based at the main square and lit every night for two weeks. Such as project has never been done before in Slovakia and so far it is very welcomed within the community and got the attention of local and national media. If you like to see more, here is the link to web and their Facebook page to see more. The videos are in Slovakian, so please bear that in mind.

Your most recent favourites on my blog

Thank You all for

Follow My journey on becoming full-time designer. on WordPress.com

Beautiful photos of hiking and other outdoor adventures.

Artisan knitter rambling about her London life in general

www.fashionmayann.wordpress.com is about some fashion inspirations

Welcome to my Art and Lifestyle Blog. Follow my adventures as a Bohemian artist.

A Spoonful of Style

The latest news on WordPress.com and the WordPress community.